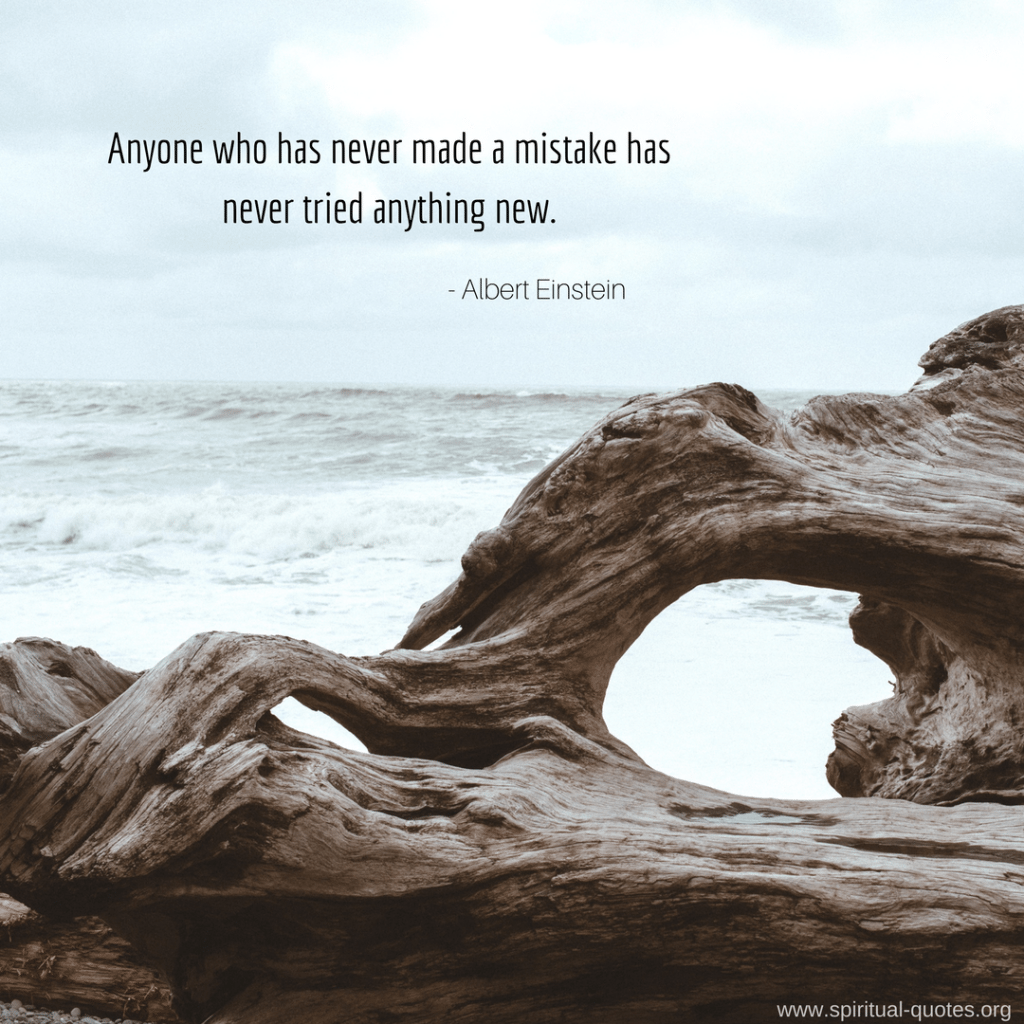 Don’t let failure get you down because it means you are one step closer to success. Read these quotes from inspiring individuals who have faced the same circumstances but grown from them. Don’t give up.

All men make mistakes, but a good man yields when he knows his course is wrong, and repairs the evil. The only crime is pride.
– Sophocles, Antigone

Far better is it to dare mighty things, to win glorious triumphs, even though checkered by failure… than to rank with those poor spirits who neither enjoy nor suffer much, because they live in a gray twilight that knows not victory nor defeat.
– Theodore Roosevelt

Science, my lad, is made up of mistakes, but they are mistakes which it is useful to make, because they lead little by little to the truth.
– Jules Verne,

Many of life’s failures are people who did not realize how close they were to success when they gave up.
– Thomas A. Edison

Winners are not afraid of losing. But losers are. Failure is part of the process of success. People who avoid failure also avoid success.
– Robert T. Kiyosaki,

A man can fail many times, but he isn’t a failure until he begins to blame somebody else.
– John Burroughs

Failure is a bend in the road, not the end of the road. Learn from failure and keep moving forward.
– Roy T. Bennett

At the end of the day, you are solely responsible for your success and your failure. And the sooner you realize that, you accept that, and integrate that into your work ethic, you will start being successful. As long as you blame others for the reason you aren’t where you want to be, you will always be a failure.
– Erin Cummings

The end of a relationship is not always a failure. Sometimes all the love in the world is not enough to save something. In these cases, it is not a matter of fault from either person. Some things cannot be, it’s as simple as that.
– Ashly Lorenzana

Don’t fear failure so much that you refuse to try new things. The saddest summary of a life contains three descriptions: could have, might have, and should have.
– Louis E. Boone

How much you can learn when you fail determines how far you will go into achieving your goals.
– Roy T. Bennett

I’ve probably earned the right to screw up a few times. I don’t want the fear of failure to stop me from doing what I really care about.
– Emma Watson

There is no failure except in no longer trying.
– Elbert Hubbard

If those committed to the quest fail, they will be forgiven. When lost, they will find another way. The moral imperative of humanism is the endeavor alone, whether successful or not, provided the effort is honorable and failure memorable.
– E. O. Wilson