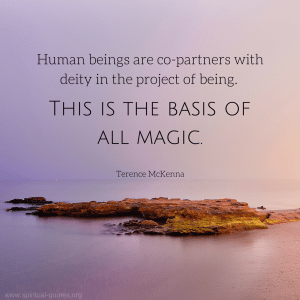 Every single divine being ever mentioned by mankind can be considered a deity. What they all have in common are the unreal virtues that they encompass. Depending on the religion worshiping a deity, they can have different strengths and weaknesses, while in most monotheistic religions, the deity has no flaws. When a few deities from various religions are compared, a number of differences definitely outdo that of similarities, and that offers insight into the limitations we (or the gods themselves) have set for the divine individuals.

Polytheistic religions are known for flawing their gods in certain ways in order to make their tales more interesting, and thus inspire stronger faith in their existence. Deities can, on one hand, be considered fairy-tale characters that are worth just as much as the stories they’re found in, or they can be perceived as the all-knowing creators of men that show us the way. In either case, just like we determine who we will socialize with depending on the information we have about them, we pick deities with almost the same method, taking the stories surrounding them into consideration before we start believing.

Top 10 Emotional Quotes about the Creator

“You are one thing only. You are a Divine Being. An all-powerful Creator. You are a Deity in jeans and a t-shirt, and within you dwells the infinite wisdom of the ages and the sacred creative force of All that is, will be and ever was.”
― Anthon St. Maarten

“We are not on this planet to ask forgiveness of our deities.”
― Scott Cunningham

“Oh, he did look like a deity – the perfect balance of danger and charm, he was at the same time fascinating and inaccessible, distant because of his demonstrated flawlessness, and possessing such strength of character that he was dismaying and at the same time utterly attractive in an enticing and forbidden way.”
― Simona Panova

“Human beings are co-partners with deity in the project of being. This is the basis of all magic.”
― Terence McKenna

“Hell is an outrage on humanity. When you tell me that your deity made you in his image, I reply that he must have been very ugly.”
― Victor Hugo

“Well, for one thing, in the tradition of Zen that I’ve practiced, there is no prayerful worship and there is no affirmation of a deity.”
― Leonard Cohen

“In Hinduism, Shiva is a deity who represents transformation. Through destruction and restoration, Shiva reminds us that endings are beginnings, and that our world is constantly undergoing a cycle of birth, death and rebirth.”
― Karen Salmansohn

“Seven is the magic figure, because that’s a symbolic figure of my favorite deity, Ogun.”
― Wole Soyinka

“The religions that fascinate me and, you know, could possibly tempt me are not the ones that involve faith or belief. They’re the ones that offer you the opportunity to know the spirit or deity.”
― Barbara Ehrenreich

“Anytime someone says your God is ugly and you release your God and join their God, there is no hope for your freedom until you once more believe in your own concept of the ‘deity.”
― John Henrik Clarke
Spiritual Mother and Father

To everyone that is religious, their god or goddess is the ultimate life gurus. Thanks to deities, a lot of individuals worldwide have not strayed from the path of good, trying to honor those that they believe in with their benign actions. It is then safe to say that we can thank deities for many things men have achieved, both materialistically and spiritually.

For example, we wouldn’t have some of the world’s greatest wonders if not for the deities we believe in and the unquestioned devotion we aim to display to them. Thus, every deity is a spiritual benefactor to mankind.