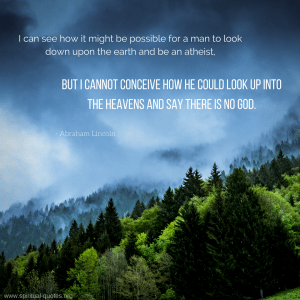 Whether you believe in God or not, you must appreciate that there is a supernatural being that basically coordinates with everything in the universe. We all have for a firmly believe that God is there in heaven. Christians more so are firm believers in God. Different religions have different names for God. However, the bottom line is that all religions appreciate that there is a supernatural force; a God.

God continuously does miraculous deeds that affect our lives.  Christians blindly believe is in God, trust Him and obey His commandments. They firmly know a fact that if you obey God, His goodness and His mercies will follow you wherever you go. All religions have tremendous respect for God and they also have occasions or celebrations to appreciate God and to thank Him for watching over them.

Bible, one of our holy books liberally speaks about the powerful presence of god. According to it, God humans, the curious species possess a strong knowledge of astronomy. When we stare at stars and planets, we notice their movement. We realize that they are moving and earth which doesn’t change its course is an amazing thing to watch. Now, how is it possible? Someone is holding it and that someone is God.

Below is a list of few selected inspiring quotes that explains the existence of God.

“When his life was ruined, his family killed, his farm destroyed, Job knelt down on the ground and yelled up to the heavens, “Why god? Why me?” and the thundering voice of God answered, There’s just something about you that pisses me off.”
― Stephen King

“Prayer is not asking. It is a longing of the soul. It is daily admission of one’s weakness. It is better in prayer to have a heart without words than words without a heart.”
― Mahatma Gandhi

“A man can no more diminish God’s glory by refusing to worship Him than a lunatic can put out the sun by scribbling the word ‘darkness’ on the walls of his cell.”
― C.S. Lewis, The Problem of Pain

“God waits for you to communicate with Him. You have instant, direct access to God. God loves mankind so much, and in a very special sense His children, that He has made Himself available to you at all times.”
― Wesley L. Duewel

“One who has been touched by grace will no longer look on those who stray as “those evil people” or “those poor people who need our help.” Nor must we search for signs of “love worthiness.” Grace teaches us that God loves because of who God is, not because of who we are.”
― Philip Yancey

“I can see how it might be possible for a man to look down upon the earth and be an atheist, but I cannot conceive how he could look up into the heavens and say there is no God.”
― Abraham Lincoln

“Many people choose to believe that God communicates in special ways and only with special people. This removes the mass of the people from responsibility for hearing My message, much less receiving it (which is another matter), and allows them to take someone else’s word for everything. You don’t have to listen to Me, for you’ve already decided that others have heard from Me on every subject, and you have them to listen to.”
― Neale Donald Walsch

“Theologians and philosophers, who make God the creator of Nature and the architect of the Universe, reveal Him to us as an illogical and unbalanced Being. They declare He is benevolent because they are afraid of Him, but they are forced to admit the truth that His ways are vicious and beyond understanding. They attribute a malignity to Him seldom to be found in any human being. And that is how they get human beings to worship Him. For our miserable species would never lavish worship on a just and benevolent God from whom they had nothing to fear.”
― Anatole France

“For as the body is clad in the cloth, and the flesh in the skin, and the bones in the flesh, and the heart in the bulk, so are we soul and body clad and enclosed in the goodness of God: yea, and more homelie, for all they vanish and waste away, the goodness of God is ever whole and more near to us without any comparison.”
― Julian of Norwich

When can we feel the presence of God?

God is a supernatural being who wants the best for humanity. The eternal existence of God is fundamental. On asking such questions, we are often doubted upon its presence. But in reality, as we can see a lot of creation around us, we get a response saying that creation demands creator. People respect God enough not to test Him. They are afraid of His wrath falling upon them.

In our bad times, we call upon God to rescue them and shower His grace upon us. As per various theories and science God is capable of everything and that He is everywhere all the time; He is omnipresent and his powers are not limited by anything