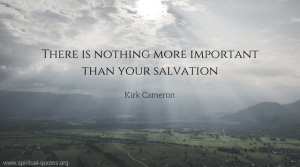 All and sundry believes in life after death or the afterlife. Most believers have faith in God. They truly believe that God is eternal. History says that God exists in all activities from creation to death and beyond life. Most human beings have a firm belief on the fact that they are on a cosmic journey, no matter how long or short it is. They are certain of dying and reckon on the fact that they will live a happier life.

History and especially the Bible are based on a fact that there is life after death; which is called as eternal life. The eternal is however not for all but for those who choose to walk in God’s way, accept Him and obey His commandments.

In some traditional teachings, it has been told that life after death possibly called as reincarnation, which implies that beings are responsible for their actions. During this stage, people come back to life as different beings depending on their deeds. A person with good deeds is probably granted with a rebirth as a human. On the contrary, people with bad deeds might have to bear the results by taking birth as an animal.

Here are some of the best quotes on eternity.

“We are travelers on a cosmic journey, stardust, swirling and dancing in the eddies and whirlpools of infinity. Life is eternal. We have stopped for a moment to encounter each other, to meet, to love, to share. This is a precious moment. It is a little parenthesis in eternity.”
― Paulo Coelho, The Alchemist

“If I die, I will wait for you, do you understand? No matter how long. I will watch from beyond to make sure you live every year you have to its fullest, and then we’ll have so much to talk about when I see you again… (Bones)”
― Jeaniene Frost

“The Universe is very, very big. It also loves a paradox. For example, it has some extremely strict rules. Rule number one: Nothing lasts forever. Not you or your family or your house or your planet or the sun. It is an absolute rule. Therefore when someone says that their love will never die, it means that their love is not real, for everything that is real dies. Rule number two: Everything lasts forever.”
― Craig Ferguson, Between the Bridge and the River

“We’re always thinking of eternity as an idea that cannot be understood, something immense. But why must it be? What if, instead of all this, you suddenly find just a little room there, something like a village bath-house, grimy, and spiders in every corner, and that’s all eternity is. Sometimes, you know, I can’t help feeling that that’s what it is.”
― Fyodor Dostoyevsky, Crime and Punishment

“In eternity there is indeed something true and sublime.  But all these times and places and occasions are now and here.  God himself culminates in the present moment and will never be more divine in the lapse of the ages.  Time is but a stream I go a-fishing in.  I drink at it, but when I drink I see the sandy bottom and detect how shallow it is.  Its thin current slides away but eternity remains.”
― Henry David Thoreau

“There is nothing more important than your salvation.”
― Kirk Cameron

“I never was without some religious principles. I never doubted, for instance, the existence of the Deity; that He made the world, and governed it by His Providence; that the most acceptable service of God was the doing good to man; that our souls are immortal; and that all crime will be punished, and virtue rewarded, either here or hereafter.”
― Assorted Authors

Transiency is stamped on all our possessions, occupations, and delights. We have the hunger for eternity in our souls, the thought of eternity in our hearts, the destination for eternity written on our inmost being, and the need to ally ourselves with eternity proclaimed by the most short-lived trifles of time. Either these things will be the blessing or the curse of our lives. Which do you mean that they shall be for you?”
― Alexander MacLaren

“Let fame, that all hunt after in their lives,
Live regist’red upon our brazen tombs
And then grace us in the disgrace of death;
When, spite of cormorant devouring Time,
Th’ endeavor of this present breath may buy
That honor which shall bate his scythe’s keen edge
And make us heirs of all eternity.”
― William Shakespeare

We are all sojourners on this earth. Yes, there is an afterlife and even if you will not have the same body that you have right now, your spirit will leave on.  It has been said that your spirit can rest in peace or it can keep wandering due to some unresolved issues that you might have had.

Whether you want to come back in your afterlife as a nice being or some bad being is all dependent on you. How you behave while you are on earth plays a major part in determining your afterlife.