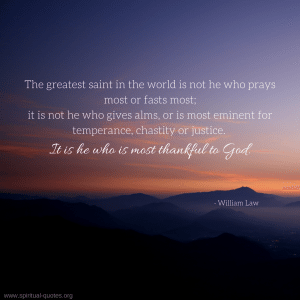 Fasting, by definition, means abstaining from any food or drink for a period of time, and it is usually done because of a religious practice. Imagine how difficult it would be to go for a day without eating a morsel of food or a drop of water. Now imagine doing the same for a longer period of time. It may seem like an impossible task but many people in the world do that as part of their religious traditions. Some opt to just skip a meal or two in a day while other pushes it even further.

This practice is done to show that one is willing to make a sacrifice for their beliefs. Enduring thirst and hunger may be an expression of faith in some religions and is done at a certain season of the year. For Catholics, it is done during the Lenten season. Buddhists fast typically when there is a full moon or on other holidays.

For Hindus, fasting is usually practiced on New Moon days and during festivals, while for Muslims, it is done during Ramadan. The list goes on, and the days and reasons vary from one religion to the next. Basically, it is a ritual of faith, which is common for most religions.

The best quotes on Fasting

“Fasting cleanses the soul, raises the mind, subjects one’s flesh to the spirit, renders the heart contrite and humble, scatters the clouds of concupiscence, quenches the fire of lust, and kindles the true light of chastity. Enter again into yourself.”
— St Augustine

“Fasting is the soul of prayer; mercy is the lifeblood of fasting. So if you pray, fast; if you fast, show mercy; if you want your petition to be heard, hear the petition of others. If you do not close your ear to others, you open God’s ear to yourself.”
— St Peter Chrysologus

“A fast is not a hunger strike. Fasting submits to God’s commands. A hunger strike makes God submit to our demands.”
— Ed Cole

“Prayer is reaching out after the unseen; fasting is letting go of all that is seen and temporal. Fasting helps express, deepen, confirm the resolution that we are ready to sacrifice anything, even ourselves to attain what we seek for the kingdom of God.”
— Andrew Murray

“If thou wouldst preserve a sound body, use fasting and walking; if a healthful soul, fasting and praying; walking exercises the body, praying exercises the soul, fasting cleanses both.”
— Francis Quarles
“Prayer is reaching out after the unseen; fasting is letting go of all that is seen and temporal. Fasting helps express, deepen, confirm the resolution that we are ready to sacrifice anything, even ourselves to attain what we seek for the kingdom of God.”
— Andrew Murray

“The greatest saint in the world is not he who prays most or fasts most; it is not he who gives alms, or is most eminent for temperance, chastity or justice. It is he who is most thankful to God.”
— William Law

“When you are going to fast, observe it int this way: first, avoid any evil and desire, and purify your heart of all the vain things in the world. Your fast will be perfect if you do this.  And this is the way you should eat: after fulfilling all you are supposed to do on your fast day, then eat nothing but bread and water, and of the food which you were going to eat, measure out the same quantity and give this to a widow or orphan or other needy person.”
— Hermes

“Periodic fasting can help clear up the mind and strengthen the body and the spirit.”
— Ezra Taft Benson

“Through prayer, fasting, and studying, God will answer.”
— Monica Johnson
Fasting is not for everyone. One person may think it is perfectly normal, as it was part of the traditions he had been practicing while growing up, while another person may think it totally absurd to starve oneself for the sake of religion. Not all religions exercise this particular ritual and not all people in religions which do practice fasting do so as well. It is a matter of choice and a matter of willingness. For if something is done for the sake of customs and tradition, but it is done without heart and willingness, it would be totally meaningless.