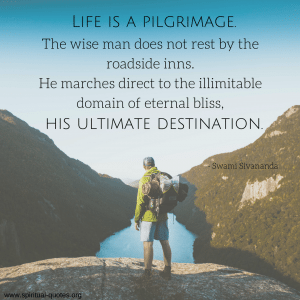 In fact, the pilgrimage is one of the oldest forms of tourism. More than a thousand years ago, people were already going to various places on a pilgrimage to ask for the intercession of the saints or to gain grace. In those days, the pilgrimage had to be made on foot, and it took years for such a journey.

During the journey, pilgrims saw many different places, traditions, and cultures. Upon their return, they could pass many instructive country-level experiences to their friends and relatives. They received honor and respect, as well as grateful listeners.

Today you can go to holy places in comfort and for a shorter period. The meaning of the pilgrimage is to see with your own eyes the places on which the events of religious history unfolded.

Every religion has its own holy grounds.

The central part of the religious sites belongs to holy shrines in Jerusalem. It is considered a holy city for three religions – Judaism, Christianity and Islam. In early times, these confessions fought long and hard for the right to own this ancient city. Today anyone can come here on pilgrimage.

All these religions worship different shrines in Jerusalem.

However, in every religion, there are other holy sites, to which many pilgrims annually come.

The Best Quotes on Pilgrimage

“Life is a pilgrimage. The wise man does not rest by the roadside inns. He marches direct to the illimitable domain of eternal bliss, his ultimate destination.”
– Swami Sivananda

“Real love is a pilgrimage. It happens when there is no strategy, but it is very rare because most people are strategists.”
– Anita Brookner

“The Christian life is a pilgrimage from earth to heaven, and our task is to take as many as possible with us as we make this journey.”
– Warren W. Wiersbe

“The geographical pilgrimage is the symbolic acting out an inner journey. The inner journey is the interpolation of the meanings and signs of the outer pilgrimage. One can have one without the other. It is best to have both.”
– Thomas Merton

“Religion points to that area of human experience where in one way or another man comes upon mystery as a summons to pilgrimage.”
– Frederick Buechner

“We are invited to make a pilgrimage – into the heart and life of God.”
– Dallas Willard

“As I make my slow pilgrimage through the world, a certain sense of beautiful mystery seems to gather and grow.”
– A. C. Benson

If you decide to visit places of pilgrimage, it is necessary to read the rules of conduct in a holy place. After all, among believers, people often come across fanatics who can aggressively react to the even involuntary violation of religious customs and rules. Nevertheless, with all the traditions, such a trip can be your most interesting experience with new exciting impressions.