Deprecated: Required parameter $length follows optional parameter $after in /home/spiritual-quotesorg-1039/public_html/prod/wp-content/themes/point/functions.php on line 468
 The 10 Most Enlightening Quotes on Guru - Spiritual Quotes 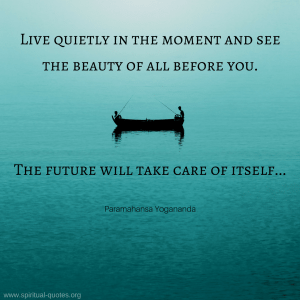 Do not be confused by the role of a guru, they are not to be confused with gods or deities. A guru is more like a teacher or mentor. The term ‘guru’ comes from Sanskrit origin to mean a teacher with a very specialized knowledge, which provides more than simply teaching but includes mentorship, counseling, inspiration and an exemplary of life. Gurus are usually those who have, in a sense, traveled a spiritual journey to the point where they may lead other in their journey to self-awakening and spirituality. It can be said that what makes a guru, is someone who has realized his or her identity with a divine spirit.

The oldest references of guru have come from Hinduism, where individuals aim to achieve inner perfection along with liberation, freedom, and contentment with the help and guidance of a guru. In essence, the guru helps to guide their students in their personal spiritual development. In terms of religion, the guru is integral in continuing the practice of the Hindu religion and way of life, and thus, is a historic and essential part of Hindu culture.

The concept of a guru is also predominant in other religions such as Buddhism, Jainism, and Sikhism. All of which understand the guru to be a spiritual teacher and mentor.

The 10 Most Loved Quotes on Guru

“I bow at His Feet constantly, and pray to Him, the Guru, the True Guru, has shown me the Way.”
― Guru Nanak

“Let no man in the world live in delusion. Without a Guru none can cross over to the other shore.”
― Guru Nanak

“In the East, the guru never calls himself a guru.”
― Marianne Williamson

“Live quietly in the moment and see the beauty of all before you. The future will take care of itself…”
― Paramahansa Yogananda

“A true teacher would never tell you what to do. But he would give you the knowledge with which you could decide what would be best for you to do.”
― Christopher Pike

“No one and nothing outside of you can give you salvation, or free you from the misery. You have to light your own lamp. You have to know the miniature universe that you yourself are.”
― Banani Ray

“I keep hearing about a spiritual awakening, but I feel what we need instead, is a human one. It would be wonderful and empowering to become free from the disillusionment and nonsense being sold to us from gurus for centuries.”
― Steve Maraboli

“Guru-Bhakti is the foundation of all spiritual development.”
― Swami Vivekananda

“The disciple must worship the Guru as God Himself.”
― Swami Vivekananda

While the concept of the guru is found predominantly in Eastern religions and cultures, they have made their way into the Western world, despite much criticism. Regardless of your religion, however, anyone who helps you along your spiritual journey to self-awakening can be considered a guru to an extent.

Christian ministers, Jewish rabbis, Hindu Brahmins, Buddhist sangha are all teachers of their respective religions and mentors to their people, and thus can be classified as a form of guru- spiritual teacher. Although, a guru need not be a religious leader, as anyone who helps you along your spiritual journey to self-awakening is a guru to you.

Tags:Knowledge, The Self, Truth, Wisdom