Deprecated: Required parameter $length follows optional parameter $after in /home/spiritual-quotesorg-1039/public_html/prod/wp-content/themes/point/functions.php on line 468
 Top 10 Quotes Sharing the Experience of The Other Side (Spiritual World) - Spiritual Quotes 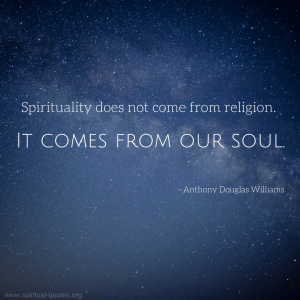 Although no one can quite testify to its existence, seeing as it’s something we experience only after we die, there’s still much speculation worth addressing. Various revelations tell us of these places, and many cultures have had their own versions of afterlife. Depending on which belief we take into consideration, the experiences may vary. For example, ancient Egyptians believed that the scale of Anubis will judge every mortal before they pass on. There will be a feather that only bad and corrupt souls will outweigh, and those that, will perish into nothingness.

There are various alleged witnesses all over the world that claim they have seen the other side for at least a fraction of time in their near-death experiences. However, all of this remains to be solidified in every belief on the planet, as it’s still a figment of imagination for the most part. Certainly, various gods have confirmed the existence of these worlds with their quotes, but no one can ever be sure of its actual existence without leaving their Earthly vessel. That being said, it’s not easy to presume why most of us fear death more than anything else – uncertainty.

Top 10 quotes talking about the Other Side (Spiritual World)

“As a spirit having a human experience, you can choose to not merely exist but to be fully conscious and aware of living in a limited world. When you take a conscious part in life and its multitudes of choices, you won’t let life happen to you – you will make life happen for you.”
― James Van Praagh

“It feels like spoken words, this bridge. I want it but fear it. God, I want so desperately to reach the other side – just like I want the words. I want my words to build bridges strong enough to walk on. I want them to tower over the world so I can stand up on them and walk to the other side.”
― Markus Zusak

“Show me that horizon; promise me a world better than this on the other side of the sun.”
― Saim .A. Cheeda

“Never stop just because you feel defeated. The journey to the other side is attainable only after great suffering.”
― Santosh Kalwar

“From my perspective, I absolutely believe in a greater spiritual power, far greater than I am, from which I have derived strength in moments of sadness or fear. That’s what I believe, and it was very, very strong in the forest.”
― Jane Goodall

“I think we need to do some deep soul searching about what’s important in our lives and renew our spirit and our spiritual thinking, whether it’s through faith-based religion or just through loving nature or helping your fellow man.”
― Louie Schwartzberg

“You have to grow from the inside out. None can teach you, none can make you spiritual. There is no other teacher but your own soul.”
― Swami Vivekananda

“Awakening your spiritual side is really what artists do. When you hit a groove, it’s not you; it’s the spiritual world.”
― Tommy Chong

“Often, he says, what we take from the spirit world is only a reflection of what lies inside ourselves.”
― Charles De Lint

“Spirituality does not come from religion. It comes from our soul.”
― Anthony Douglas Williams

End of a Journey

One thing that you can be certain of is that dying means leaving your current body. In the worst possible scenario known to us, which is simply shutting off and sleeping without dreams, it is still far less chaotic than being caught up in this world of men.

Regardless of what awaits us on the other side, it is definitely more honest and certain than anything we’ve ever experienced in our lives. Unless we actually pass to a hellish place, depending on how we’ve lived our lives, every other option seems like a death worthy of mankind.